When you spot colourful groups of people with team names like Los Mayonez, the Beach Chair, the Horses, Rockin' Hood, El Pantera and the Fat Ones in town, it can only mean one thing: it's time for the yearly Salo Volley Tournament.

Salo is a city of sports. Whether you are interested in golfing or horse-back riding or if your mind is set on ice-hockey or bowling, you can find the facilities for them just a few minutes from the city centre. Salo is particularly well-known for its volley ball. The Salo team for women won the Finnish National Volley Ball League this year, as it did the two previous years, too. The women's team also holds an impressive record of 79 consecutive wins in the past three years. The men's team has lost the touch in the last years but it has also fought successfully for the glory in the volley ball arenas in the past. 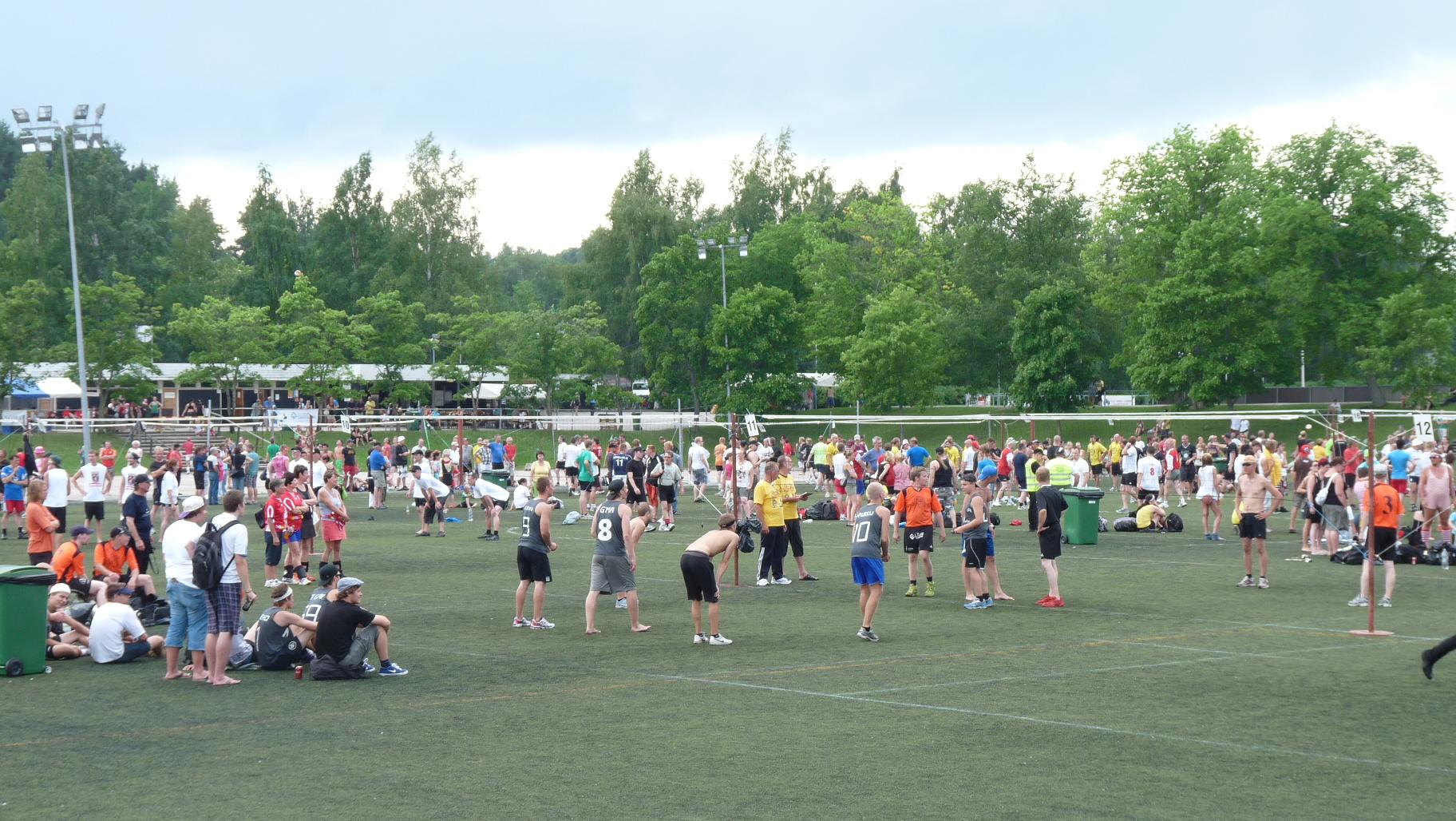 The Salo Volley Tournament invites volley ball fanatics from near and far for a July weekend. As one can conclude from the names above, the tournament is not meant for the straight-laced whose only goal is show their talent when trying to beat the opponent feeling no mercy. Well, beating the opponent is certainly one of the goals of the tournament. But also simply fooling around and having a good time with a bunch of people make people show up at the courts.

The tournament started way back in the 1970s. Some local volley ball enthusiasts decided to get some sporting action into the town during the somewhat lazy July when most of the people were on their holidays and hiding in their summer cabins. The town was just idling and there was nothing really going on. From the very first July on the tournament was a hit.

The tournament gathers volley ball professionals as well as ordinary ball players for a weekend of summery volley ball fun. One does not need to be a volley ball star to attend the games. Whoever, who has touched a volley ball even once in his life can start a team for the tournament. When the team lacks in tactics and highly trained ball saves, the imaginative and colourful costumes will certainly cover the loss.

This year's Salo Volley included a charity game whose entrance fee was donated to the local children's welfare organization. The evening programme consisted of a gala accompanied by live music, a costume competition, sumo wrestling and a samba performance.

Next year this summer classic will turn 35years.